Much like our love, we know no borders. The Passport Pair is a couples travel blog for you to follow in our adventures as we learn, grow, fail, and succeed while loving along the way.

My love of travel was instilled in me at a young age, with frequent trips to the cabin in northern Michigan, several excursions to the caribbean and Canada, and all around the Great Lakes.

I guess you could say it’s in my blood, as my Grandma Sue was quite the adventurer herself, having joined the Army during World War II where she explored Europe and Israel, and continued her travels domestically upon her return as well.

I think my desire reached its current heights with my move to Cape Town, South Africa in 2013. Nothing could have prepared me for the shock (or plane ride) of moving 10,000 miles  away to the bottom of Africa. Hoping for maximum culture shock, I decided to do this move, which had a minimum stay of 1 year, without ever having visited the country (or continent) beforehand.

After a quick acclimation period, I realized that Cape Town, and South Africa as a whole, really aren’t that different from the country I left behind. I craved more, longed for open space, and sought to travel beyond to the unknown. Enter Namibia. My wanderlust reached new heights with a road trip with friends to visit this desolate, sparsely populated wilderness north of South Africa. I would never be the same again.

Fate has a funny way of things, and a quick visit back to America to escape the Cape Town winter would lead me to meet the love of my life and future wife, Leeann. I’m from Ann Arbor, Michigan, and she is from Grand Rapids, Michigan. She went to university in Ann Arbor, while I went to university in Grand Rapids. It took me moving 10,000 miles away to finally cross paths with her (although we later learned we were likely at the same place at the same time several times over). How fitting that adventurous travel would ultimately lead me to discover my lifelong travel partner. At this point, Leeann had never been outside the U.S., so I had to make sure the travel bug infected her with wanderlust too.

If you’re interested in getting in touch or have any questions for Max, feel free to contact him at max@passportpair.com

My love of travel did not begin fully until I met Max. As mentioned above, we met in 2013 while he was living in South Africa. I had never been camping nor out of the country at this point, but little did I know my life was about to change. After many months of long distance, I took the leap and jumped at the opportunity to visit Max in South Africa. I got my passport and traveled 36 hours solo around the world to get to him. I haven’t let go since.

Previously, I had only traveled domestically in the United States. I had been to Hawaii and Florida more times than I can count. I never thought that international travel was in the cards for me because it seemed too frivolous. My immediate family is not a family of travelers so it had never been a priority.

In 2012, I lived in New York City for 6 months. It was quite the experience and I grew immensely during this time. Though I loved the city, I realized that this was not a place I could see settling down or raising a family. It was a production to leave the house on a daily basis and I remember taking a deep breathe before opening my apartment door to prepare myself for the chaos.

On my trip to South Africa, I fell in love (in multiple ways). I probably romanticize the place because it is where we reunited and it was my first international trip. Our road trip that brought us to other countries showed me how easy it was to travel. I loved the open space of Southern Africa and the truly wild feeling I got. This was not a feeling expected to have coming from someone who loved New York, but I felt peace there.

I am looking forward to adventures with my other half and the search for happiness and peace will continue. Cheers to exploration, external and internal.

If you’re interested in getting in touch or have any questions for Leeann, feel free to contact her at leeann@passportpair.com

In hindsight, a 4,000 mile road trip through South Africa, Namibia, Zimbabwe, and Botswana probably isn’t the best way for most couples to begin a relationship, but it [clearly] worked for us. The love was solidified, and the travel bug had completely infected us both. Our relationship has been defined by travel and adventure from day one, and so it will continue.

Feel free to get in touch! contact@passportpair.com

This site uses Akismet to reduce spam. Learn how your comment data is processed. 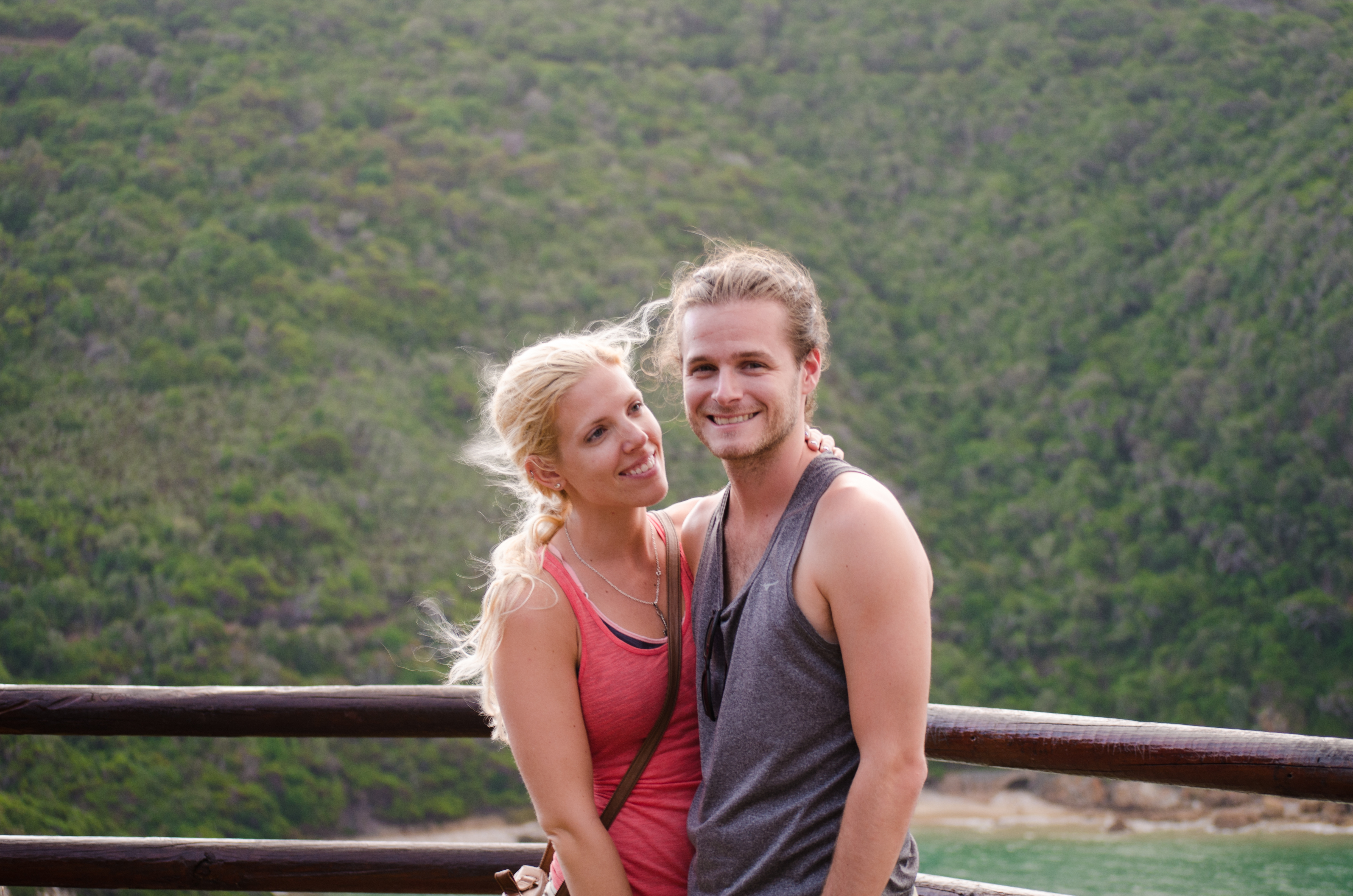 We are a couple from the States exploring the world. Follow our couples travel blog as we succeed, fail, learn, and love all the way.

Sign up today for The Passport Pair updates direct to your inbox!